Buckswood celebrated it’s annual Sports and Speech day on Saturday, which culminated in the graduation of 80 members of it’s Sixth Form, many of them off to study at some of the UK’s top universities.

The day kicked off with the traditional Leavers’ Assembly in the Great Hall, Parents, Students and guests were invited to watch the Head Girl and Head Boy parade their country’s flags to the front of the hall to show the union of international culture at the school. Mr Sutton, School Director also gave a warm welcome to the guests, updating them on the school events and raising spirits amongst the students. Leading out, the Upper Sixth Form students rang the Graduation Bell outside the hall which is only used on this day, leaving proud parents gleaming as the events begin.

The Visual Arts students have worked hard on their GCSE and A level over the year and, following grading, this was then presented as an exhibition on the day, taking over three classrooms at the school. Ranging from juniors to high end A Level work, parents and guests were able to admire pieces such as an illuminated mannequin balanced from the ceiling.

On the Headmaster’s Lawn, Mr Sutton served a buffet lunch for guests, alongside musical performances from the students and parents popping bottles of Buckswood Bubbles grown at the onsite vineyard.

The main events took place on the front field, beginning with a parade around the track with students representing each of their houses. Sports ranged from 100m sprint to relay and shotput, with parents stood on the side-lines encouraging the students to keep going.

Taking a moment to unwind, students and guests rested in the Dining Hall with some tea and scones while they awaited the Upper Sixth students to arrive in their graduation gowns and hats.

Proud parents filed into the Sports Hall alongside current students and ones graduating, welcomed by the Co-Principals, Michael Shaw and Kevin Samson. All age groups received trophies and awards for their efforts throughout the year, ranging from academic awards to ‘Best Character’ and ‘Best in House’, inspiring values outside of the classroom, we are very important for a boarding community.

Once the awards had been given, it was time for the Graduates to take the stage, with a mention of where they’re heading next, most to universities and others to start apprenticeships.

Before throwing their mortarboards, Mr Sutton surprised the whole audience with a performance of Queen, We Are the Champions! Leaving the guests in high spirits, he explained that the graduates were the champions and invited them to throw their hats in the air alongside fireworks on the main stage.

“Mr. Sutton please don’t ever change! You are a great showman, I am speechless!” Added Cristina, Admissions Staff at Buckswood. 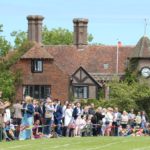 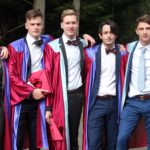 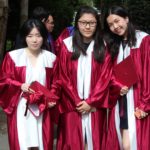 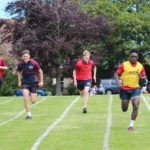 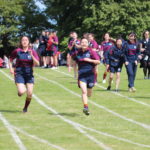 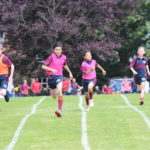 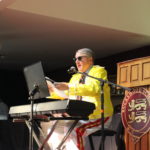 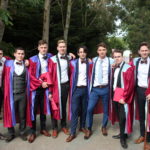 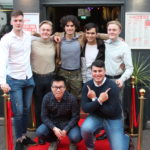 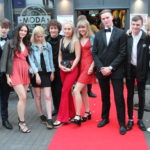