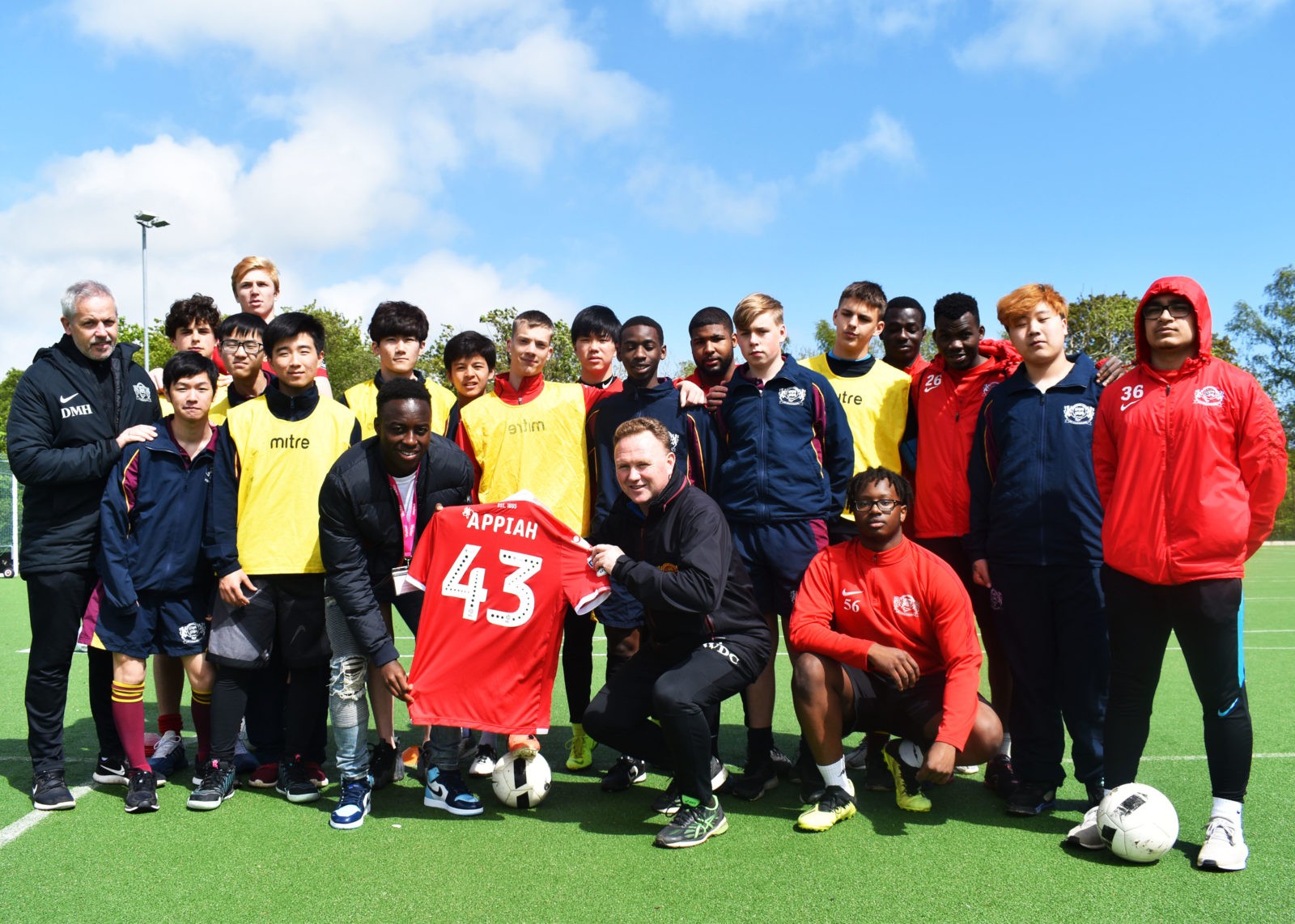 On Wednesday, the Buckswood Football Academy (BFA) had the chance to meet Nottingham Forest and England U19 star, Arvin Appiah, who visited the school to meet the students training for a career in the sport.

The Buckswood Football Academy used their connections, through a previous student working for a Ghanaian football agency, to reach out to Arvin, who was keen to come and speak to the students. With some keen Football supporters at the school, the students and staff were excited for his arrival.

“Being a huge Nottingham Forest supporter myself, it was great to meet Arvin. He is a very humble young man whose progress is as much down to his character as a person than his undoubted football ability. He spoke to our players about the dedication and commitment needed to succeed in the game and at school and also recognised the excellent results our Academy has achieved in recent years.” said Co- Principal, Mr Shaw.

As Arvin was shown around campus, he had the chance to watch some Football training in action on the Astro turf, and meet some of the Buckswood players. Arvin gave the Football Academy some advice on how to make it in the Football industry with his own story and unique experiences.

The students had many questions for Arvin, many of them looking to start their own career in Football. Leaving the students suitably impressed and motivated, Arvin signed a couple of T Shirts to add to Buckswood’s framed collection in the Sports Hall, as well as Mr Shaw’s own replica shirt. 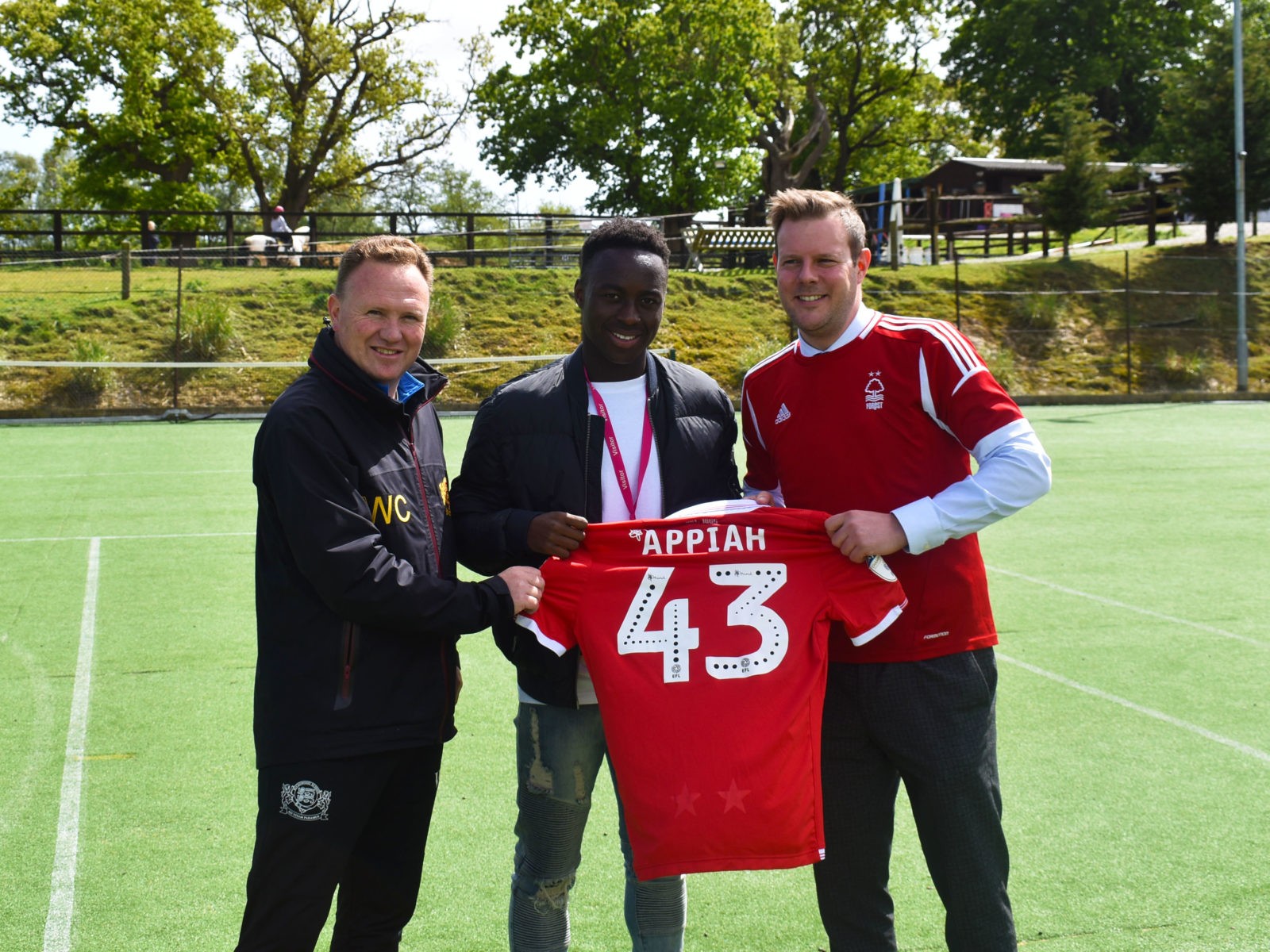 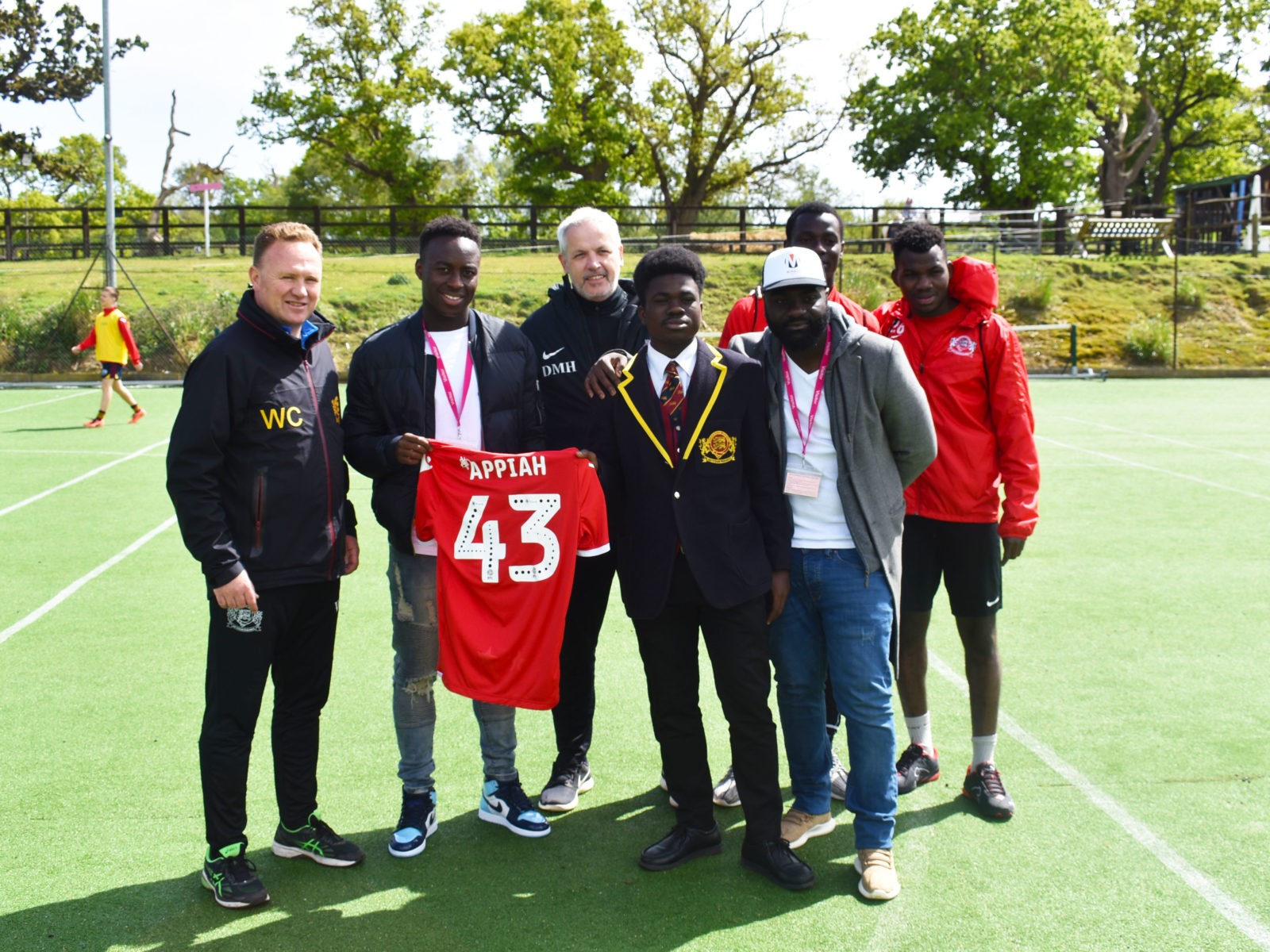