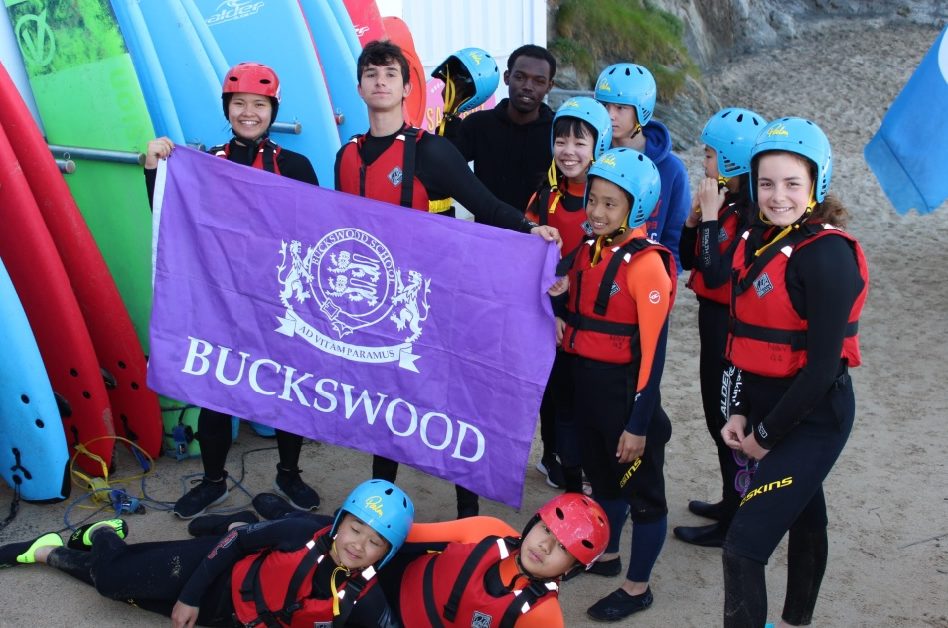 Catching the waves in Newquay

On the first day of half term, students travelled all the way to Newquay by minibus and train, beginning their surfing and sightseeing adventure.

“The highlight of that day was the train journey, all of the trains there were empty including the London underground which for some of the students was their first time ever using the under ground trains.” Added Miss Fisher, Housemistress.

The Buckswood boys decided to enter a singing competition to pass the time with another group of teens, singing Queen songs “We are the champions” and “Bohemian Rhapsody”.

On their first full day, the students were able to fit in some surfing in the morning, with some lessons on the sand beforehand. They then headed to Blue Reef Aquarium to see some of the aquatic life they were riding the waves above.

The next day, students had another morning surfing session before heading to the Newquay Zoo. “This was fun as the kids saw animals they had never seen before. Louis fell in love with the GIANT white rabbit. We also watched the penguin feeding and also learnt a lot about them.” Added Miss Fisher, Housemistress.

The fourth day of the trip was action packed, with surfing in the morning and body boarding in the afternoon followed by some bowling nearby. Unwinding at a luxury sea front restaurant afterwards, “It was a lovely family dinner with conversations and jokes running up and down the table.” Added Miss Fisher, Housemistress.

The next morning, students got involved in some Coasteering, which entailed climbing and jumping off of the cliffs into the sea. Followed by an afternoon trip to Pirates Quest, learning a lot about pirates and some of the tails alongside some screams as they entered the pirate tour inside.

The last day of surfing meant that students were graded on theirs skills, followed by a relaxing walk through town with local Cornish ice-cream and some free time for shopping before heading home the next morning.