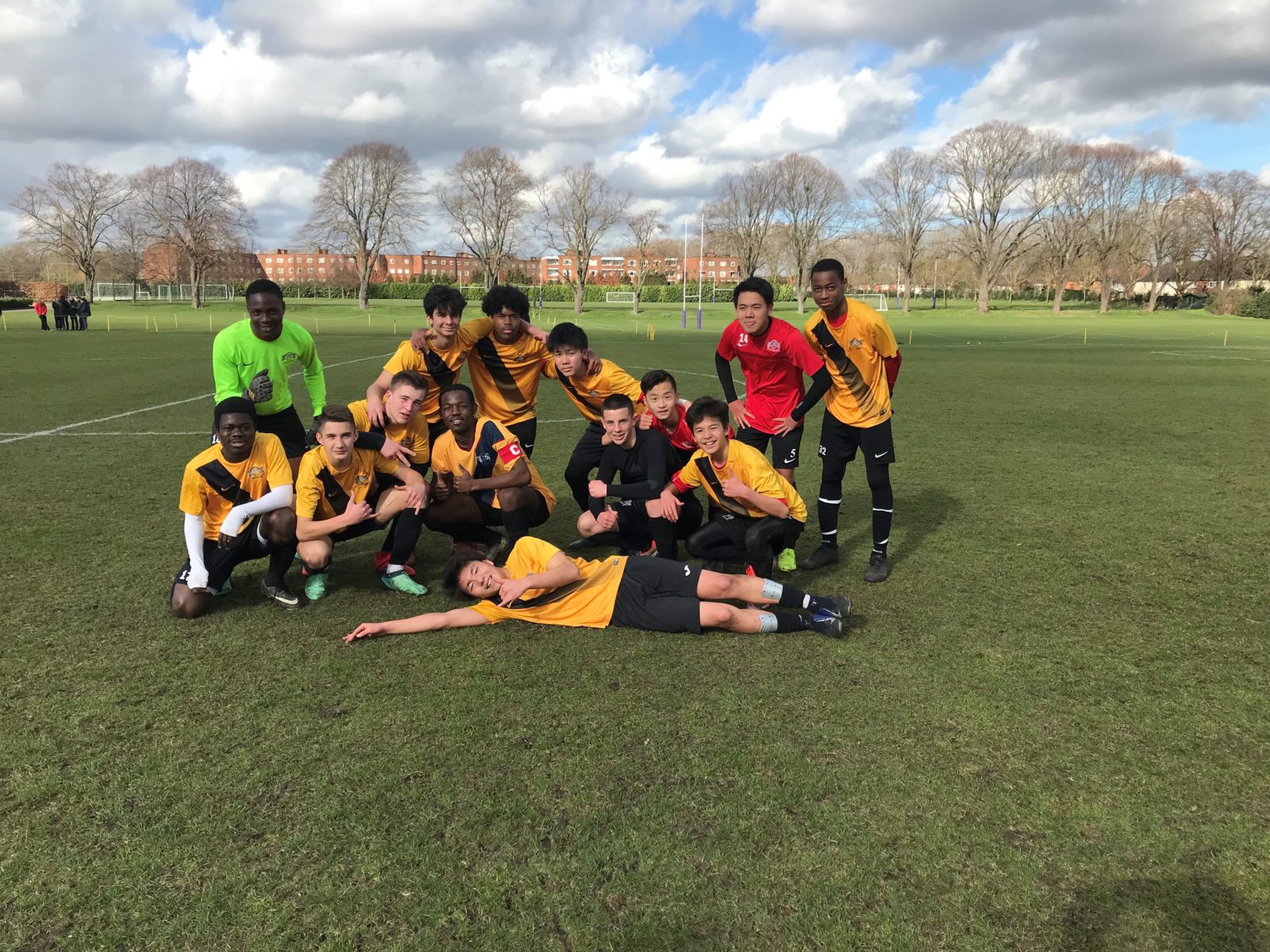 Buckswood Make it to the Finals of ISFA National Shield U16

Form 5’s from the Buckswood Football Academy took on the National Cup. They travelled to Harrodian School, “A beautiful place and we met some lovely people, the field was in great condition and it was a perfect sunny day” added Mr Fernandez, Head of Football at Buckswood.

In the first half, Buckswood started with the system 1-5-3-2 trying to control the midfield and play in the wings, but the Harrodian team started very strong and created many chances and corners but the Buckswood team was perfect in defence and after 10 minutes Buckswood scored the first goal by a great play from Suguru, making a 25 meters pass behind the defenders and great finish by Colin. 0 – 1 for Ibstock in the first half, Buckswood then started to control the ball possession and created one chance that Prince almost scored, in the 25th minute, Buckswood scored the second goal, with great assistance from Ernst and great finish by Colin. At half time the score was 0-2 up for Buckswood.

In the second half, Buckswood continue with the same plan and score the third goal in the 10th minute by Ebede with a great assist by Suguru again. The Harrodians continued pushing up and after few chances saved by Farouq as they scored a goal by Penalty. 3-1. Then Buckswood had nerves get the better of them, making few mistakes and Harrodians started to control the game. In a counter attack, Colin scored the 4th goal and gave Buckswood peace in the 30th minute, then scored the 5th goal by a great strike from Prince.

“The players used a great defensive effort and we were very deep and professioanl in the definition part, that was the difference, the match was tough against a physical and technical team.

The Harrodian School team and staff were very polite and the referees were perfect.

MVP for Buckswood was SUGURU

MVP for Harrodian was the captain (strong and good technical player)

Captain for Buckswood was Virgilio