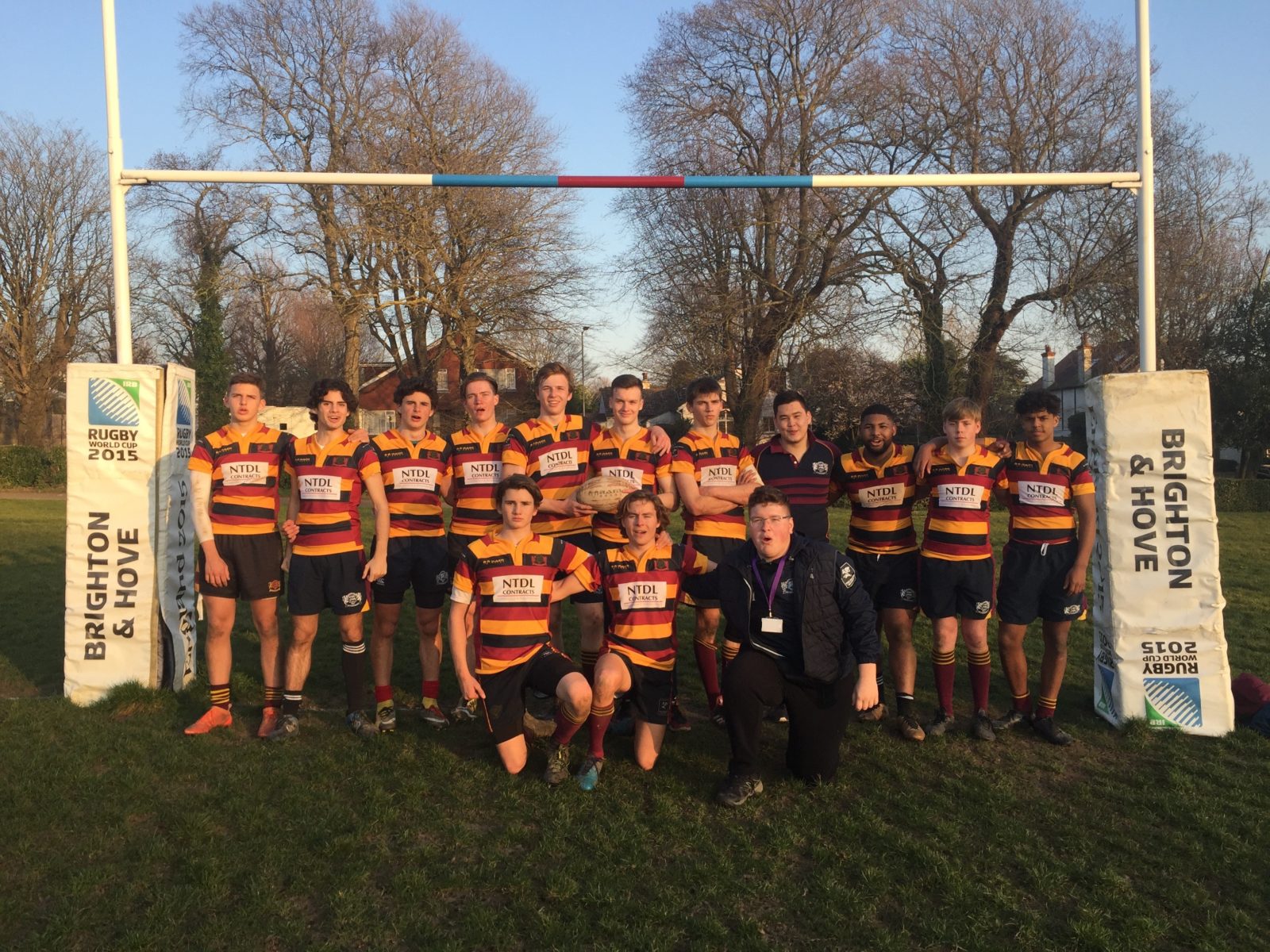 With the referee indicating the last play of the match, Buckswood were leading the Sussex Schools 7s cup final 14-12 and in touching distance of their first ever trophy – only for Cardinal Newman, with a massive effort and strong running, to score with the final play, leaving the Hove College celebrating and Buckswood crestfallen. Tantalisingly close, but no cigar!

The Sussex 7s tournament was a real underdog-to-big-dog story for a Buckswood team whose spirit and skill grew throughout the tournament. With two pools of five featuring quality outfits such as Newman, Lancing College, Worthing College and Steyning, it was always going to be a tough tournament, and Buckswood started badly, beaten 0-31 by a well-drilled Newman A team. Buckswood were 0-12 down at half time to Worthing College in their second match – but then came a remarkable comeback. Buckswood turned the game round to win 21-19, and went on to win their next game 44-7 against Steyning, and their final game 51-7 against Newman C, by now playing some sparkling 7s; all this despite injuries to danger-men Kursitis (the top try scorer in the previous tournaments) and the powerful Karimov.

In the semi –final they played the top team of Pool 2, Newman B, who had impressed, but Buckswood blew them away , winning 31-7, before a repeat in the final of the first pool game against Newman.

The final itself was a fantastic match, with Buckswood leading, then Newman taking the lead, before Buckswood went ahead again with two minutes left – but alas, it wasn’t to be.

The boys showed great spirit and played some wonderful 7s. Dupuy, Orr and Joubert created space and scored vital tries; Fotso, German, Marlow-Eastwood, Dufau and Pospisil carried and handled well all afternoon, while De Chanaleille, Nicholas and Garriaga were devastating in space and helped the scoreboard tick over.

The tournament final marked the formal end to a massively successful rugby campaign: unbeaten in all 10 fifteen a-side matches, a tour to Georgia, three Sussex representatives, and runners-up in the Sussex Schools 7s!